The recent teasers and songs of Gully Boy have got me thinking about rap, not just as an art form but also as a way of fighting back, as a tool of protest and mutiny. If you’re wondering what I’m talking about, indulge me a little.

Rap as you and I know it arose from inner-city USA as a cry against social inequity and injustice. It was a form of revolt undertaken by those who had nothing, not even a voice. Therefore, when it was – and still is – written, the metaphors are more muscular. All music relies on metaphors but in pop and rock, for example, the metaphors are often softer. For example, dealing with a bad situation is “walking out of the darkness” or “against all odds”.

In rap, however, the metaphor pulls no punches because it has risen from a social anger. So, Dr Dre will rap:

And even when I was close to defeat, I rose to my feet
My life’s like a soundtrack I wrote to the beat
Treat rap like Cali weed, I smoke ’til I sleep
Wake up in the AM, compose a beat
I bring the fire ’til you’re soaking in your seat
It’s not a fluke, it’s been tried, I’m the truth

Or, in our case, as the Apna Time Aayega rap goes:

Rap is all about speaking truth brutally. So, you won’t say “you can’t take your riches with you at the end”. You will instead say stuff like “tu nanga hi toh aaya hai, kya ghanta le kar jaayega…”

In fact, India has a parallel when it comes to using the spoken word as a form of protest. Our disenfranchised – Dalits and tribals, for example – have an age-old spoken-word tradition. Think Gaddar, think Namdeo Dhasal.

These groups too have had nothing to fight back with, except for their spirit, as they were preyed on by corporations, armies, governments, landlords, upper classes… 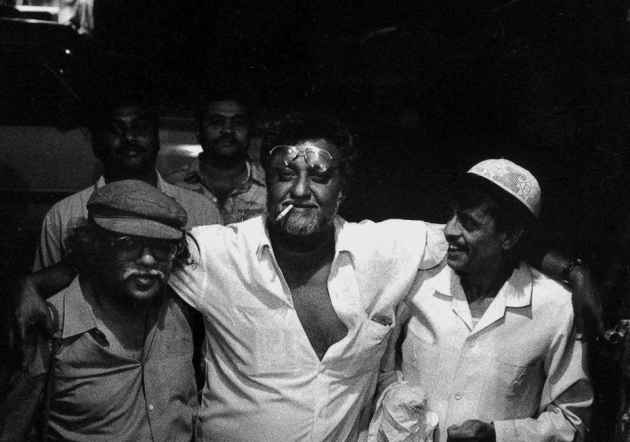 We sail in a sinking ship
And turn into savages.
Even just plain cloves burn our tongue;
And we are afraid of light.
This is how liberation itself punishes a human being

This is Dhasal in Speculations on a Shirt, translated by Dilip Chitre.

And this is Gaddar, translated, writing about deprivation: ‘In spite of being born into a blacksmith’s family I don’t have sickle and hammer…’

This too is brutal poetry.

One of the lessons is that no matter where we are or how different we look, deep down we are all the same. And we will always fight against what oppresses us, using our voice alone if we have nothing else.

Now all this may seem like a lot of melodrama about a mere song that I currently like, and a Bollywood one at that. But the underlying analysis holds.

That’s what I think, anyway.

2 thoughts on “Rapping a revolution”